As was widely expected, the Bank of Canada announced another quarter-point interest rate increase, saying that more hikes are ahead. According to Governor Stephen Poloz, the “big cloud” over the Canadian economy is the uncertainty associated with NAFTA and he cautioned that it would be some time before interest rates return to normal levels as some monetary stimulus remains warranted.

The Bank of Canada increased the target overnight interest rate to 1.25%, its highest level since the global financial crisis marking the third rate hike since July. The move comes in the wake of unexpected labour market tightening and strong business confidence and investment. The Canadian economy is bumping up against capacity constraints as the jobless rate has fallen to its lowest level in more than 40 years. Inflation is just shy of the 2.0% target level and wage rates are rising, albeit at a relatively moderate pace. Exports have been weaker than expected. NAFTA uncertainty is “weighing increasingly” on Canada’s economic outlook as cross-border shifts in auto production are already beginning.

Consumption and housing will slow due to higher interest rates and new mortgage guidelines. According to today’s Monetary Policy Report (MPR), “growth of household credit has slowed somewhat since the first half of 2017, even though some households may have pulled forward borrowing in anticipation of the new B-20 guidelines related to mortgage underwriting from the Office of the Superintendent of Financial Institutions (OSFI). This slowing is consistent with higher borrowing costs due to the two policy rate increases in 2017.” Home sales increased considerably in the fourth quarter in advance of the tightening OSFI mortgage rules implemented beginning this year. The MPR goes on to comment that “residential investment is now expected to be roughly flat over the two-year projection horizon. The rate of new household formation is anticipated to support a solid level of housing activity, particularly in the Greater Toronto Area, where the supply of new housing units has not kept pace with demand. However, interest rate increases, as well as macroprudential and other housing policy measures, are expected to weigh on growth in residential investment, since some prospective homebuyers may take on smaller mortgages or delay purchases.”

With higher interest rates, debt-service costs will rise, thus dampening consumption growth, particularly of durable goods, which have been a significant driver of spending in recent quarters. “Elevated levels of household debt are likely to amplify the impact of higher interest rates on consumption, since increased debt-service costs are more likely to constrain some borrowers, forcing them to moderate their expenditures.”

Markets have been expecting three rate hikes this year, taking the overnight rate to 1.75% by yearend. This level is considerably below the Bank of Canada’s estimate of the so-called neutral overnight rate, which is defined as “the rate consistent with output at its potential level (approximately 1.6%) and inflation equal to the 2.0% target.” For Canada, the neutral benchmark policy rate is estimated to be between 2 .5% and 3 .5%. The need for continued monetary accommodation at full capacity suggests policymakers aren’t anticipating a return to neutral anytime soon.

The Bank’s revised forecasts for inflation and real GDP growth are in the following table. The numbers in parentheses are from the projection in the October Monetary Policy Report. Today’s MPR forecasts that inflation will edge upward while economic growth slows from the rapid 2017 pace (3.0%) to levels more consistent with long-term potential (1.7% to 1.8%). 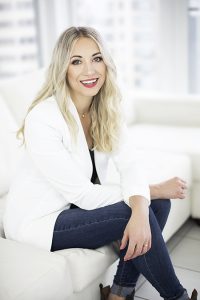